A Simple Meal: The Recipe for Friendship 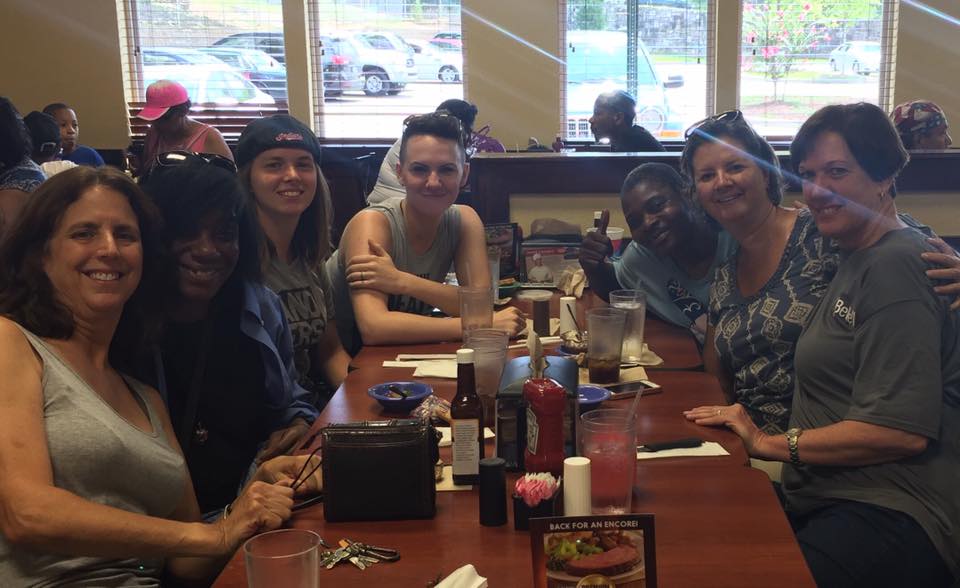 What happens when you share a meal with someone?

You are equals, and each person brings something to the table.

There’s a danger associated with soup kitchens and “drive-by” ministries that feed the homeless; it divides us.

The typical schedule for our time together is to gather at 9:30 for Bible study and prayer, then to break for lunch around 11:30. Lunch is prepared by members of the community  and typically very delicious. After the study, I was served a meal and began to eat.

As I was eating, a friend named Tycone approached me and told me how glad he was to see that I was sharing a meal with them. I asked him why he was surprised.

Tycone replied that most of the volunteers who serve the poor and homeless do just that: They serve. They normally take the position of offering something to someone. Although they do this with pure motives, in the name of Jesus, such “serving” can often create barriers of trust. Typically, what people need is not another “handout.” What they desire is for someone to sit down with them, to hear their names spoken.

Our neighbors living on the streets have a deep desire to be treated with dignity. They appreciate it when we treat them as we would family or friends, spending time with them, taking an interest in them. They crave what you and I do: They seek for us to care for them as individuals, and to open our hearts to them – to show them love.

When I ate at Retreat from the Street, did it mean that I was lowering myself to the position of someone on the streets? Absolutely not. I was just trying to communicate that I valued Tycone and what he had to say.

I once asked a friend living on the streets what would be the best way to help someone in his position. He pondered my question about a week and then he answered.

He said it was time. It wasn’t food. It wasn’t clothes. It wasn’t even a job. People living on the streets in Atlanta call Saturdays; when many churches come in and feed and provide clothing, “super Saturdays.”

About a month ago, I ran into some friends at the Wendy’s in our neighborhood. They live on the streets and immediately asked me for money to eat.

When someone asks for food, I always try to suggest that we eat together. I tell them that I will buy food for them if they will give me some of their time.

As I stepped up to the Wendy’s counter to order, it hit me why this felt so good;

This is precisely is what Jesus was about. He shared meals with people – tax collectors, prostitutes, and outsiders and sinners – whom no one else would. I am by no means comparing myself to Jesus, but maybe in that moment through God’s grace I was communicating to the most vulnerable people in our world that God loved them.

Sharing a meal with people levels the playing field. There are no helpers and people being helped. This is hugely significant: When we “break bread,” one with another, we partake of the same food, but more importantly, we share a bit of ourselves, a bit of our lives, in friendship and in love.

This is how I would answer the question of whether or not to give someone money who is panhandling for food:

When you’re approached, create some space. Take your neighbors to dinner, grab a bite to eat and get to know them.

When you learn their stories, you won’t treat them as homeless people. You’ll consider them as neighbors and welcome them into your life.

Believe me, it’s your life that will be greatly changed.