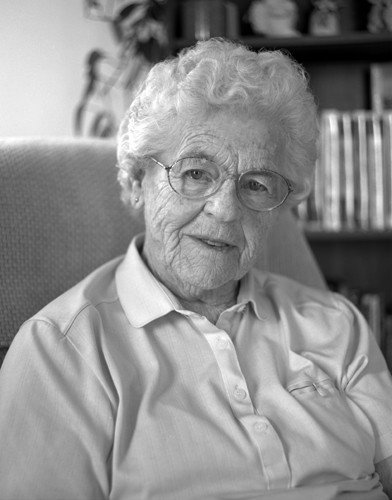 This is the third blog in a series of ten (yes ten) by South Atlanta Community Facilitator, Dan Crain from a mini-book called, “Can you help me?

Principle Two: Awakens something in the vulnerable.

It reminded me of a time in my life when I was really struggling with depression as my life did not turn out the way I assumed it would. I felt left out from the church and no one needed my gift of teaching and speaking. It was at a small Bible study that I began to share and a good friend of mine, Phil, noticed this gift and asked me to help lead a Bible study with some homeless neighbors. That simple act of being invited into help awoke something in me. It reminded me that I had something to give.

Drawing up on the story of inviting the homeless friends at Compassion Corner to contribute to drawing, I believe that it’s the same thing that led this woman to cry after being asked to help and draw the picture. So many of the vulnerable feel left out of society and particularly by the church or ministry that is trying to help them.

A few years ago I was home in Bumpville, PA (yes, a real place) visiting family and went to see my ninety-two year old Grandma, Anna Crain. Grandma Crain is by far the sweetest lady you will ever meet and is known all over Bradford County, PA for her amazing cooking and baking skills. A common joke among my brothers and cousins is that when we would stop into Grandma’s house we would ask her for a bit to eat, she would panic and say, “Oh dear I have nothing to eat.” Within ten minutes a five-course meal would be laid out in front of us complete with the peas she would heat up in milk and butter that was straight from heaven. She loved giving and helping others with her gift of baking and putting meals together. Towards the end of her life family moved away, people got busy and unfortunately Grandma Crain became somewhat forgotten. Less and less family members stopped asking for her help and she stopped making the amazing cookies and cakes that was the embodiment of the way she expressed her love.

It was in this trip that I shared with her about the new work that I was a part of that truly honored the gifts of the vulnerable by asking them for help. I then asked Grandma how she feels not being able to help people anymore. She said, “I feel useless”.

Here was a woman that her whole life had been about giving, helping and serving others and now had lost this ability. She felt lifeless and useless and a shell of her self towards the end of her life because she had lost the capacity to give.

Phil Hissom, the director of Polis said this, “A homeless man named Eugene said to me a while back that I just want to go to a church that needs me. For years he has looked for just a church but inevitably he’s always confronted with well meaning people that only see his need.”

A woman named Nikki that worked for Polis and was temporarily homeless said this about Rene Vazquez, which was the director of community outreach at a church when Rene kept asking her for help: “It gave me a sense that I have value and meaning. Rene saw something that was me. He looked past the glasses and the hat and saw me.” Nikki is now a community organizer in her own neighborhood. She went onto say, “If I’m gonna help somebody, I’ve got to give them authority to speak into my life. It’s never a one-way street.”

When we only see people as what they lack and not their capacity we miss out on that God spark that is within each person. I have witnessed numerous times what happens when you ask the vulnerable for help, it awakens something in them and over time they become the people God calls them to be.