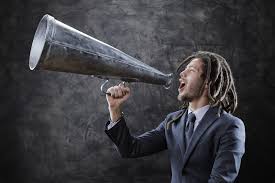 This is the sixth blog in a series of ten by South Atlanta Community Facilitator, Dan Crain from a mini-book called, “Can you help me?

Principle Four: Amplifies the voice and gifts of our neighbors

There is this false narrative that many Christians and particularly mega-churches fall prey to when they serve the poor and it’s simply, we know what’s best for you. They want to give and not receive. They want to offer advice and not receive wisdom. On a large scale level, when the powerful impose their agenda on people it becomes just another case of imperialistic mission. The ones that have the money control everything.

Saul Cruz who was the director of Armenia in Mexico that ministered among the vulnerable for many years until his untimely passing said this, “Poverty is much more than an economic issue, poverty is not having a voice to influence the key decisions that affect their lives and speak to provincial and national political realities.”

So often when we serve the poor we overlook what they have to bring to the table. Jay Vangroningen, who did Asset Based Community Development work for many years said this, “How do I recognize the abundance of God in every place? When God created the world, he put a seed of life in everything.” There is an abundant amount of gifts to be found among the poor if only we could discover them.

One of the greatest joys of living where we live is that I have the joy and honor of getting to know many of the young men from our community. Two of these young men are Malcolm and Devron, some of the sharpest minds you will ever meet. The more we grew in community with one another the more I realized that these young teenage men had brilliant things to say, particularly to the way the poor were being treated.

Polis Institute wrote a training called Dignity Serves, which it’s chief aim is to equip the church to serve the vulnerable through dignified interdependent relationships. As Malcolm and Devron learned more about this training they became regular attendees to the trainings and spoke up regularly about their experiences of growing up in a place of distress. What they had to say was so powerful as it came out of their experiences. Something so beautiful happens when those in power listen to the voice of those on the margins of society that have been affected by poverty and particularly systemic racism.

After working for Polis Institute for five years one of the key things I will always remember was the importance of amplifying the voice of those on the margins. Amplify means to make loud. Something beautiful happens you make loud voices that have been muted. I believe that the God who always sides with the oppressed begins to be glorified and the kingdom breaks in a little bit more here and now.