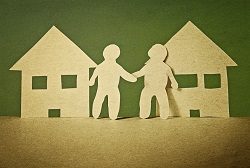 This is the ninth blog in a series of ten by South Atlanta Community Facilitator, Dan Crain from a mini-book called, “Can you help me?

Principle Six: Receiving the gifts as a Neighbor

We moved to the beautiful Historic South Atlanta as “Intentional Neighbors” at the invitation of FCS Ministries. Charis Community Housing under FCS coined the term Intentional Neighbor. The idea is to work alongside indigenous neighbors to make the neighborhood become a place of peace once again. Upon moving to the neighborhood I really struggled with what my role was as a white middle class man with a Masters Degree. Was I there to only help the neighborhood? This didn’t seem right that I would only be giving. It seemed superior.

After being in our neighborhood for six years now I have discovered that my role is not really to help anyone, but to join my life with my friends, discover the gifts that are already present, receive from these gifts and empower the gifts to help the community. What Malcolm and I have built in Thirkield University is a prime example of this. Malcolm is an extremely gifted young man from our community and has incredible bandwidth in relating with the guys in the neighborhood. After spending a small amount of time with Malcolm it became apparent of his competency with tough subjects.