The Narrative is Different 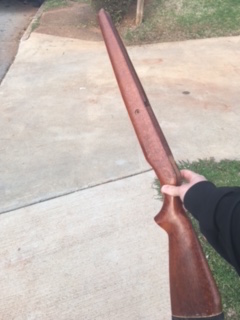 Having lived in a black community and sharing life with people of color for six years my perspective has changed as to how I see the world and issues of race. We always speak and write out of our community. So, what affects the people I love is what I speak about, particularly when I am doing a Dignity Serves  or REMERGE training.

Just recently I saw a couple of young kids walking down the street carrying this toy wooden gun. I began a conversation about the dangers of carrying this around and they just listened as they knew what I was talking about. I told them that young black men have been shot for carrying stuff like this around. An older friend that is black with many years of experience in life was standing nearby and after they walked of said, “Doesn’t he know that can get him shot?”

Police at times don’t know the difference and if any of the police have any sort of racial bias it typically does not end well. This was the case for a young black kid in Cleveland recently.

I am really not interested in debating the facts about a case like this because the point of this blog is to simply say this; young black men live by a different narrative than the rest of us. I have seen the profiling and looks of suspicion again and again from both white and black people towards young black men. Many times they are guilty until proven innocent. They are always looked at as being suspicious.

My narrative is that I grew up as a farm boy in Bumpville, PA and played with toy guns like this all of the time. My four brothers and two cousins would spend hours playing “cowboys and Indians” around the barn and in the woods.  I never had to think about whether a toy wooden gun would get me shot.

When the Trayvon Martin murder happened I had an experience five years ago with Devron, a young black man that is a great young man and on track to be an amazing leader and businessman. After one of our weekly meetings we were about to go home and I asked Devron if wanted a ride as it was raining. Devron declined and said he would run home as he plays soccer and wanted to get some extra conditioning in. He put on his sweatshirt, pulled the hoodie over his head and started running. As I passed him on the road running with a hoodie on it occurred to me that Devron could easily be the next Trayvon.

Trayvon was followed and approached simply because he looked “suspicious”. Him being a suspect student and rebellious kid have nothing to do with the fact of why Zimmerman approached him in the first place. Devron in that moment looked suspicious. He was a young black man running in the rain with a hoodie.

Because of my narrative I have never had to face such suspicions. I can walk into a restaurant, coffee shop, or on a sidewalk never worrying about what people are thinking of me or that I am up to no good. What kind of a world produces racial profiling and bias is a topic for another blog or book.

I have had so many conversations with police officers of the struggles they face. They absolutely do have a tough job. They have a hard time separating out who the bad guys are from the good ones. Also, every police officer I have ever talked with admits that racial bias is a problem.

So, what do we do? How do we as the body of Christ live out the new humanity as a result of Christ reconciling the world to himself? We have to first be willing to recognize that life is really different for certain kinds of people.

This is why it’s so important to be intentional about getting to know people who have different experiences in our country based on their skin color and why there have been systems of power built on race that need to continually be deconstructed. After building a trusting relationship, start to ask them thoughts and experiences of what it’s like to be a minority.

Begin to read books like “Divided by Faith”, “Why are all the Black Kids Sitting together in the Cafeteria?” or “Disunity in Christ”.

Most importantly, pray that Christ will guide us all into the New Humanity.