This is in my DNA 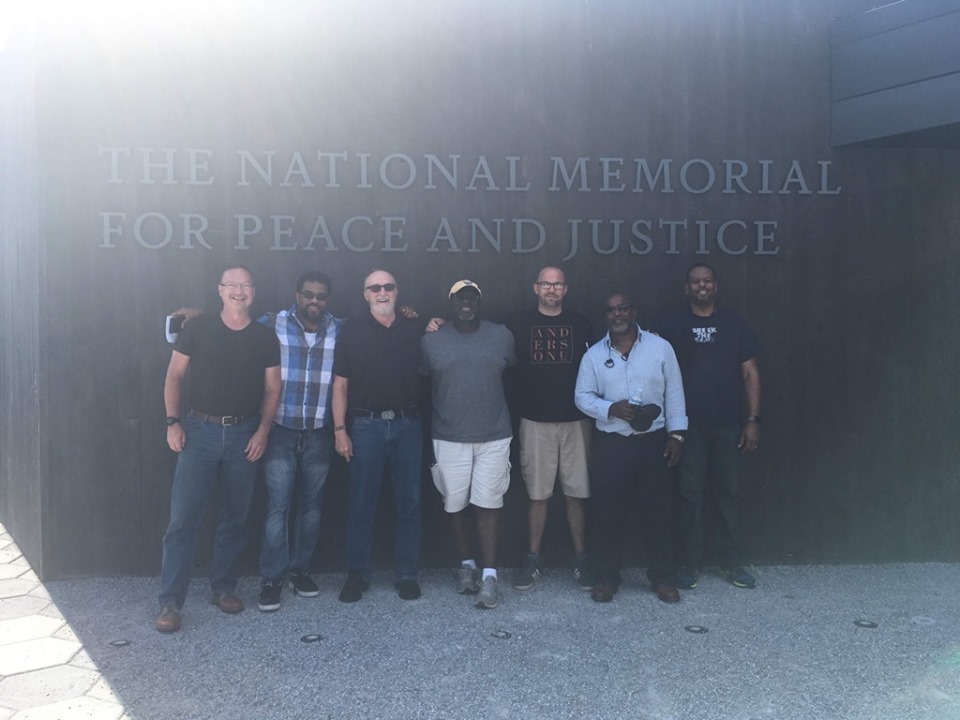 By Dan Crain with the contribution of Be the Bridge members, Corregan Brown and Brodie Ballard.

Last year a diverse group of eight men set out on a journey. Four men of color and four white men journeyed deep through Latasha Morrison’s Be the Bridge training. What as supposed to a nine-week study during into twelve months. It started innocently with a Facebook discussion on why Lecrae was done with white Evangelism.

The first step of “Awareness” was fairly easy as we all knew there was an issue. It was when we got to “Acknowledgement and Lament” where we ran into a bit of a tension. The response from the men coming from the majority white culture after realizing that there was an issue was to immediately jump in and fix the four hundred years of institutional racism. We wrestled through what can we do together? What are some actionable steps to confront racial injustice?

Sensing the group wasn’t quite getting the severity of racial injustice in this country, our co-leader, Corregan Brown developed an exercise for lament.

The exercise was this:

Do a brief (5-10 minute) informal presentation on an event of racial injustice that occurred in American History.

The event must meet the following criteria:

The goal of course is to expose how present and recent some of these things are to help bring people into a space of lament and acknowledgement of the evil that still is going on.

We all presented a racial atrocity in our next session and it seemed to deepen our understanding.

Then Brodie Ballard stepped up to the plate and everything changed. Brodie is a white man in his 50’s, born and raised in the South, and who grew up in Atlanta in the late 60’s, 70’s, and 80’s. He’s been on this journey for a few years of understanding race and in his words, “There’s a huge wound that America has never fully dealt with.”

Brodie described the grotesque and brutal details of the Jesse Washington Lynching in Waco, TX in 1916 . . . described how a white mob wrapped chains around this 17-year-old black kid, drug him from the courthouse and through Waco’s city streets, all the while him being beaten, stabbed, and castrated, before being hung from a tree outside Waco’s City Hall.

As the story unfolded, we learned that an estimated crowd of around 15,000 people watched, in a carnival-like atmosphere, as the lynch mob built a bonfire, hung Washington over the fire, and then repeatedly lowered and raised him for around 2 hours so as to prolong his suffering prior to being burned to death.

During the presentation, Brodie revealed to us a number of 8 x 10 glossy images of various parts of the lynching. Keep in mind that this public spectacle lynching was so well documented, with a professional photographer capturing the events from various angles over a period of hours, creating images that later would be sold as postcards. We viewed photos of smiling crowds of white folks, juxtaposed with the charred, dead torso of young Jesse Washington, his arms and legs mostly burned off.

As a group, we sat there stunned, trying to process what we had just learned. Brodie showed a photo of onlookers and pointed to one of the white men and uttered the words,

After a moment of contemplation, Corregan picked up a close-up photo of Washington’s charred, dead body and said,

As bridge builders, we are constantly hearing the words, “I’m not a racist.” Or, “that’s not us.” This misses the point that God is trying to help the church get. We are a part of this system that did this, particularly the white majority culture. Like pollution, we have inherited something. None of us caused pollution, but we are affected by it by what happened before. We now know that trauma carries over generations and those of us from the majority white culture have to enter into this trauma.

A quote was put out on social media that describes this tension perfectly; “Isn’t it interesting how many white Christians accept the concept of original sin, the idea that Adam and Eve’s faux pas are owned by all their antecedents, but vehemently reject the idea that they bear some responsibility for their recent ancestor’s creation of white supremacy.”

When Brodie read the lament, the reality of lament and acknowledgement all become a reality in that moment. We as white men are connected to this event, because it’s a part of our tribe as a part of the doctrine of the original sin. We inherited this, and as Paul says in Romans 2:4, “not realizing that God’s kindness is intended to lead you to repentance.”

God’s kindness leads us to enter into the dark places of this country and this is why we must enter into lament and allow Christ’s Spirit to face this.