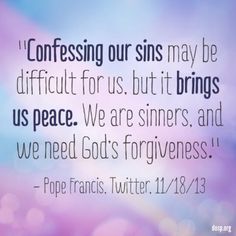 March 2016 I came to Atlanta to be part of an Immersion Workshop for what was then Church on the Street. What I was expecting to experience during that week was a homeless ministry mission trip. Maybe we would walk around Atlanta and ask if we could pray for people; maybe we would clean or paint something; maybe we would feed folks and hand out clothes or hygiene items. Maybe I could enter into someone’s life briefly and leave a few days later having deeply impacted both of our lives.

Boy, was I wrong.

Rather than being volunteers that came in to take charge and fix, we were welcomed as guests to join what had already been going on long before we got there.

From start to finish, the experience was unique in so many ways. We learned about the importance and significance of place, how to be a neighbor, how to understand and view the world through the reconciler’s mindset, God’s plan for creation, and much more. We didn’t feed anyone or give any handouts, we shared a meal with the community members that welcomed us as guests.

Suddenly instead of just being faces, I learned names; names of people that I would later call my friends. We were also welcomed into the South Atlanta community and saw another model for what holistic reconciliation looks like. Being a neighbor looks so different depending on your context but it makes such a difference when you do it well.

The turning point for me during the week was attending the Women’s Group; we went around the circle and all shared parts of our stories. It was listening to someone else’s story, someone that I thought was very different from me, that helped me to realize that we weren’t all that different.

At that moment, I saw that we were broken in some of the same ways. The vulnerability and support for each other that was shared in that moment was beautiful. To me, the time that we shared together and the times that we ate together and drank coffee together throughout the week is what I think that the church was designed to look like.

I left that experience having my view of church, others, and ministry shook up. I knew that I wanted to be involved in God’s world transforming work of reconciliation somehow and it just so happens that I was able to return to Atlanta to see what else I could learn from the people at REMERGE. Every week, I look forward to hanging out with the kids in South Atlanta that I shared a neighborhood with for five months. I look forward to putting my mind at ease by doing art in Renaissance Park on Thursdays and being blessed by the creative minds around me. And I look forward to playing games like Scrabble and Jenga at Saturday in the Park. It’s times like these when people (including myself) begin to open up and we get a glipse of who we really are and how the world could be.

What are visions of reconciliation? That we will one day be ONE around Christ. Maybe the start of that is learning the art of playing scrabble with someone living on the street.