Who is the neighbor here? 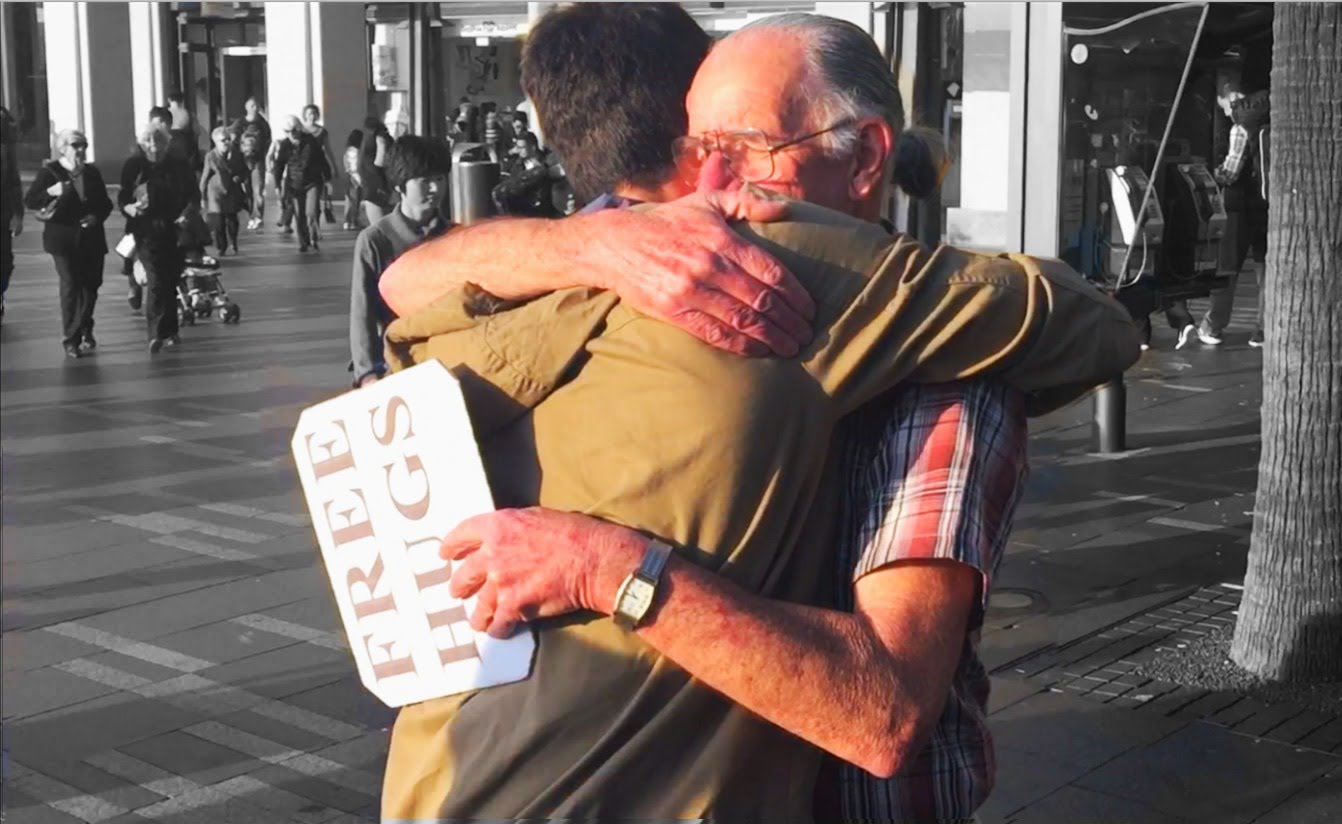 It was December 26, a gray and rainy day.   I’m out and about, running errands in a local shopping center. Christmas decorations, so cheery just the day before now look tired. The crowds are thin, and those shopping are moving quickly through, the friendly greetings of just a few days ago absent now in the return of daily life. Somehow, though, it didn’t seem depressing – just business as usual. Nothing really special about the day.

I was leaving my favorite “Shop till you Drop” store, Goodwill, when I saw a man in the parking lot. When he saw me, he threw open his arms and stood there like he was waiting for a hug. He was wearing torn and dirty clothes and had a cigarette burn hole on the leg of his pants. He carried a backpack and from experience, I knew that he was homeless. I smiled and said hello. He continued to stand with his arms outstretched, smiling and looking at me expectantly. I wondered if I knew him. Finally I asked if he needed a hug and he almost ran to me, and wrapped his arms around me and held tight. I could smell the alcohol on his breath

He told me he was lonely. He told me he spent Christmas alone, drinking and sleeping in the bushes. He told me about his family. He bragged about his job and how he had just gotten his driver’s license reinstated. His conversation was full of profanities, his face close to mine, as he opened his soul and everything he wanted to say – to someone- came out. This was not a tender, “Hallmark” moment, but a person who had no one to listen to him, finally finding someone who would stop for a minute. He kept saying he was so “f*** lonely”. His tone was angry, but not threatening.

While he was talking he kept interrupting himself and asking, “Why am I telling you all this? I don’t even know you!” He’d walk away, but as I stood there, he’d come back. I just listened, occasionally interjecting something to keep the conversation going.   We stood outside Goodwill, as he ranted, walked away, came back, and ranted some more.

During this, we hugged several times more, and even stood for a bit holding hands. It seemed that he wanted to stop himself, he wanted to leave, but somehow he couldn’t. He wasn’t comfortable being vulnerable, his conversation was laden with profanities to cover this up. People passing by took long looks at this odd scene, but no one stopped and I was glad. Something special was happening here. I felt a strange peace as I looked closely in his eyes, smelled the alcohol on his breath, felt the thin body under the many layers of shirts and coats, and the heaviness of his backpack on his shoulder.

Again, he walked away. I called to him and said, “Wait, I don’t know your name.” He came back and told me it was Fredrick the King. He asked why I was even talking to him. He told me that I didn’t have any issues. He told me he was so “f** lonely”, he had no one. Nothing to offer anyone.

And I told him the parable of the Good Samaritan. About Jesus’s question- who was the neighbor in the story, and the answer, “The one who showed mercy”.   He nodded, looking at me. Who was the neighbor here? Everyone around knew as they witnessed our conversation, clearly it was me, ministering to this poor homeless man.

But what they didn’t know, what Fredrick the King could not have known, is that I really needed a hug that day. And when he held out his arms, the hug was not for him, but for me. I told him that, and he looked down for a minute. Then he abruptly turned and walked away. I called to him that I wouldn’t forget him, I would pray for him. He was going through the door now, and suddenly, in his abrupt way, with his back still toward me, he called out, “I love you.”

A little startled, I called back, “I love you too.” but the door was closing and I don’t know if he heard me.

This is how we know reconciliation is happening with our neighbors on the margins, there are clear aspects of interdependency happening based on love and mutual affection for each other.